The Christ Church Outreach Committee has designated the Granito de Mostaza Dairy Farm in Los Arabos, Cuba as the Ministry of the Month for August. Owned by the Episcopal Diocese of Cuba since 2008, Granito de Mostaza (which means “Mustard Seed” in Spanish) is an extremely important ministry of the Episcopal Church there. For the past three years I have had the pleasure of working, under the auspices of Rev. Donna Mote, with Rev. Juan Carlos Diez Moreira of the Diocese of Cuba, the farm’s administrator. Juan Carlos oversees the three churches of the Los Arabos circuit, which encompasses the area around the towns of Los Arabos, Cuatro Esquinas, and Zorilla, and the farm is central to their operations. The only entity owned by the Diocese of Cuba that has the legal right to contract with the government to sell agricultural products, Granito de Mostaza is one of the few ways the Diocese has to earn income from commercial activity. Its revenue pays for almost all of the community programing in which the Los Arabos churches engage and for the salaries of the churches’ parish administrators. These programs include Proyecto Manos (“Project Hands”), an after-school arts education program for children, and Proyecto Victoria (“Project Victory”), which provides daily breakfast for senior citizens in the village of Cuatro Esquinas. The farm employs seven cowboys and houses two of them and their families, as well as providing fresh milk and produce for the surrounding communities.

Christ Church is accepting donations on behalf of the Granito de Mostaza Dairy Farm in the month of August. Simply write “Ministry of the Month” on the memo field of your check and drop it in the offering plate or choose “Ministry of the Month” in the fund section of our website when you give online. If you’d like to learn more about the Dairy Farm or how to get involved in this ministry, please contact Harry Groce. 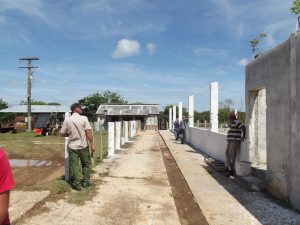 “When I first visited Granito de Mostaza Dairy Farm in 2018, it was facing grave financial difficulties due to poor quality land and an infestation of marabú, an invasive species of bush overwhelming the island which can grow up to 23 feet tall, is covered in thorns, and which renders land useless for grazing and cultivation. I wanted to help assure the continuity of this pillar of the community, so with the support of the Middle Georgia Convocation, I solicited a $25,000 grant from the Diocese of Atlanta’s Ministry Innovation Task Force on behalf of Rev. Juan Carlos. With this initial investment from the Diocese of Atlanta, Granito de Mostaza was able to relocate to a better plot of land in early 2019, which has now been cleared of most of the marabú that infested this land as well. The new farm, several hundred acres that sit just off the main highway that runs across the island from Havana to Santiago de Cuba, offers better conditions for workers – most notably, electricity – that the old location lacked as well as better infrastructure for raising cattle. 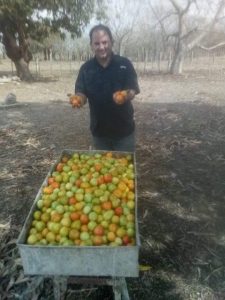 “With additional support from the Diocese of Atlanta over the last two years, Granito de Mostaza has expanded its operations, adding goats and pigs to its catalog of livestock and planting 5 acres of corn and 2.5 acres of sesame. The sesame crop is being used to make cooking oil for families in need in the community. Further operational expansion is planned, with land being set aside to grow rice and fruits like pineapple, bananas, mango, and guava.

“Part of the farm’s operational expansion is due directly to Christ Church. Last year, the Christ Church Outreach Committee gave $1,000 to Granito de Mostaza to install a water pumping system that provides drinking water to the animals, the homes of the cowboys living on site, and to four other houses on the property that are unrelated to the farm operation. The new water pump also makes possible the establishment of irrigation systems that are vital to future agricultural expansion onsite. The Outreach Committee has since approved an additional $1,500 to be sent to the farm to assist its expansion efforts. 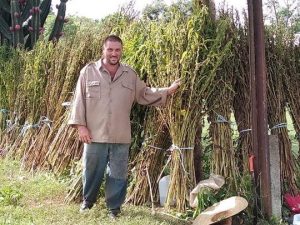 “The COVID-19 pandemic, however, has thrown a huge wrench into the operations of Granito de Mostaza. Cuba has suffered greatly over the last year. The country has not managed to contain the virus at all and has been overrun by the Delta variant. The economy has contracted by roughly 11%, food shortages are widespread, and inflation has caused prices to soar. The country is experiencing its worst economic crisis since the Special Period of the 1990s, coupled with the presence of a deadly virus. Vaccines are a rare commodity, leaving Cubans little defense against Covid. As a result of this, the Los Arabos area underwent a strict quarantine during the past few months, enforced by martial law. The farm has been unable to operate at full efficiency throughout the pandemic, but it has been one of the only entities still operating throughout the crisis. Milk, cooking oil, and other products of the farm have been vital to supporting the local community during this time. Granito de Mostaza has saved lives and helped to ease the stress of food shortages. 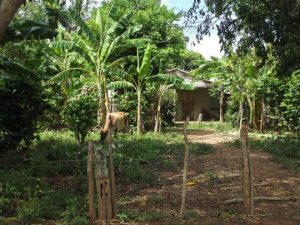 “The designation of Granito de Mostaza Dairy Farm as a Christ Church Ministry of the Month will go a long way in helping to collect funds to support this vital institution and to help it recover from the shock of the pandemic. With prices high and food scarce, the people of Los Arabos need all the help they can get. American dollars go a long way in Cuba and even small donations can carry a lot of weight. For example, a donation of $20 would cover a cowboy’s weekly salary. Similarly, a donation of $30 would cover feed for the animals for a few weeks. 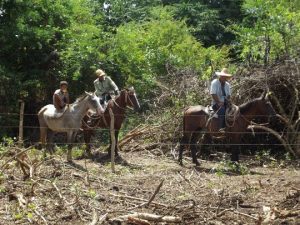 “A vibrant example of cooperation between parishes in the Diocese of Atlanta and the Diocese of Cuba, Granito de Mostaza offers the opportunity to deepen the connections between our two dioceses while simultaneously improving lives. Christ Church’s support of Granito de Mostaza and our Episcopal brothers and sisters in Cuba goes beyond financial aid. As we learn more about one another and build a relationship, we build a bridge between our parishes, our dioceses, and our countries. In doing so, we draw the circle wider, as Bishop Rob so often implores us to do. For those interested in learning more about Cuba, the Diocese of Atlanta’s involvement there, and more ways of getting involved, please feel free to contact me.” – Harry Groce 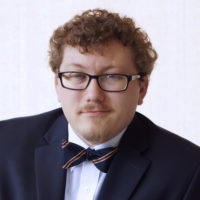